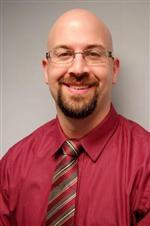 Dr. Conner’s educational career started in Butler, Pennsylvania where he taught science from 2001 to 2006.  He also served as the administrator for Butler Area School District’s Program for At-Risk students.  While in the Butler Area School District, Dr. Conner was credited with several advancements including the creation of a positive support program called STAND TALL, the supported students in the fight against the use of drugs and alcohol and helping to direct the district’s Accreditation for Growth team.

In 2006, Dr. Conner was honored to join the Burrell School District community as the middle school Assistant Principal and district’s Special Education Director.  He was promoted two school years later to become the Principal of Charles A. Huston Middle School.  Dr. Conner was promoted to the Assistant Superintendent position beginning in the 2011-2012 school year.  He has contributed to many substantial improvements to the school district programs, services and student achievement during his tenure.

Dr. Conner resides in Murrysville with his wife Brenda and two children, Lydia and Lou.  Lydia is in 5th grade while Lou is in 1st.

It is an honor and a pleasure working with the Hempfield community and with such talented, supportive people.